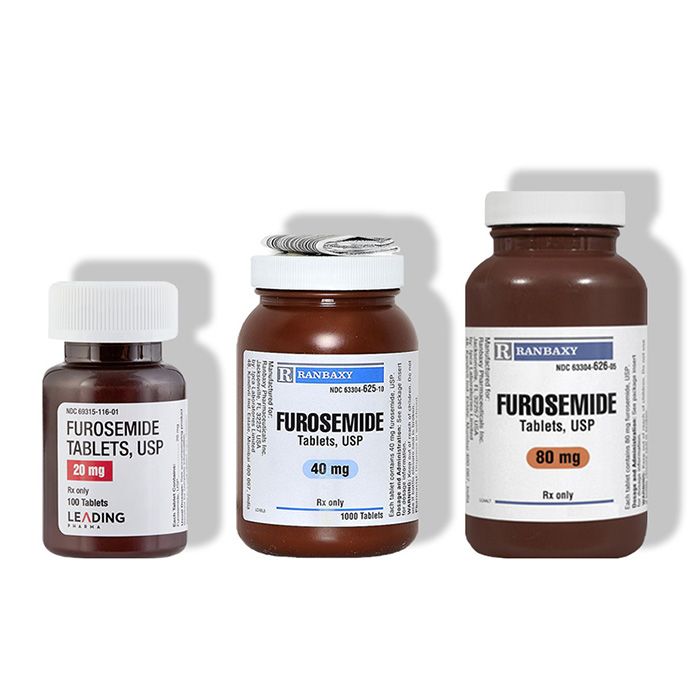 Furosemide is a medication commonly prescribed to fight the fluid built-up related to kidney/liver diseases as well as heart failure. A doctor may occasionally prescribe it also for hypertension. Still, there are many risks connected to its intake, and many people know about its off-label purposes especially when it comes to weight loss where its use may end up with severe side effects or overdose. If you have been diagnosed with one of the above-mentioned medical conditions and prescribed with Furosemide, let’s learn whether it should be substituted with safer analogs.

Furosemide is known under the brand name of Lasix. It is sometimes called a water pill as it may cause the urge to urine aimed to get rid of the excessive fluid from one’s system. Furosemide may be also used as a preventative medication that helps avoid strokes, kidney failure among others. The drug is available in tablets and may be occasionally administered by IV injection. The effect of the tablet can be felt within an hour or so, while injection provides effect almost immediately.

Furosemide was first approved by the Food and Drug Administration back in 1964, and the WHO still enlists it as the vital medication needed for health.

It is primarily used to treat edema and is considered as the first-line medication in its treatment. Only, when it is not responding to the edema, doctors choose off-label solutions. Finally, it is widely popular in veterinary use, especially in horses who are injected to prevent bleeding during the race.

Side Effects and Risks Related to Furosemide

Furosemide is not a good fit for every particular case. It is contraindicated for use in allergic people, those with low blood pressure, diabetics, those with penile injuries, and those who experience dehydration.

The FDA issued a black box warning to it, as its intake may cause severe side effects or even end up fatal. Furosemide works by triggering the urge to urine which results in the removal of the water from the system. If taken too much, it may dehydrate the system, and a person may deteriorate his health.

Beyond that, the application of this drug is related to the following side effects that may vanish as fast as the body gets used to it or else require a hospitalization. They are:

Furthermore, its intake is related to more serious side effects that unfortunately are not rare. They are:

To prevent the drawbacks of Furosemide intake, one should follow certain rules.

Note, Furosemide is not typically prescribed to pregnant and nursing mothers. If you are pregnant/breastfeeding and feel heavy, speak to the doctor about the right medication that fits such conditions.

All in all, it is a perfect solution for this medical condition which you may also access very cheaply. At Canadian pharmacy mall, a prescription service with significantly cheaper prices, one may find Furosemide at $0.21–$0.36 per pill only, and get the right consultation on the intake without risks. Still, you should consult the doctor before the purchase.

If you are eager to learn about a safer alternative, read below.

How to Treat Edema without Furosemide?

There are three alternatives to Furosemide for the treatment of edema. They are Torasemide, Microzide as well as Zestril.

It is used to prevent and treat fluid overload in patients. Its perk compared to Furosemide is that it is believed to provide less risk of rehospitalization for treatment of heart failure. Still, there is no difference in death rate or overdose. Beyond that, it is twice less potent, so a patient may require additional solutions to deal with fluid overload or extended time-frame to feel the effect. As for side effects, they are mostly similar and include headache, potential risks for loss of hearing as well as nausea.

Microzide is linked to better tolerance in patients who require the treatment of edema. It is occasionally the first-line choice if one has mild high blood pressure rates. Beyond that, Microzine is believed to cause fewer side effects. It works well in patients with kidney/liver problems and does not cause very frequent urge to urinate. The common side effects include upset stomach, dizziness, headache.

It does not only remove the fluid overload from the system but is also aimed to protect kidney functioning. The doctor may prescribe it to children safely. And, it is known as a cheaper alternative to other diuretic drugs. As for drawbacks, it may provoke dry mouth, lip swelling and its use should be always assessed with a blood test to see how it affects the whole system.

Finally, there is one more solution but it cannot be fully considered an alternative, as there are no many studies on its properties, and its use is often linked to severe side effects. It is a diuretic tea. It may be composed of many herbs and natural supplements like hawthorn, juniper, hibiscus, parsley among others. Diuretic tea is not considered a first-line solution and should be discussed with the doctor only.

Furosemide Worth It or Not?

Furosemide intake is connected to some risks and side effects, however, they are easily prevented if following the doctor’s directions and never take it more than prescribed. Yes, there are alternatives that some people consider safer but the risk of acquiring side effects is the same high. Speak to the doctor to learn what he thinks about the applicability of other diuretic medications for your case.